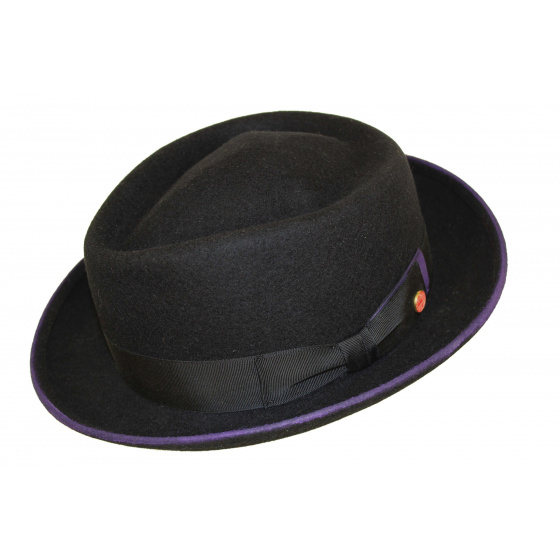 A PORKPIE hat made of wool felt by Mayser.

HOMBURG. Mark Mays. Delivery times 2 weeks. The Homburg hat revisited by the house Mayser. The homburg is a hat trick with a stiff on the length of the crown and some pinching on the front, the board has a homburg suddenly found throughout the tour. The Homburg are typically made from wool or fur felt with grosgrain and a pen optional. The homburg hat was popularized by Edward VII after visiting Germany and have reported a hat of this model. It is one of the oldest hats and was worn by many politicians and diplomats in the mid-twentieth century. The hat of "The Godfather" is also mentioned, it was popular with many legendary gangster films and mafia made in Hollywood. The biggest names in the world of hip-hop have brought back in style in the late 90s and are still popular with many musicians, artists today. 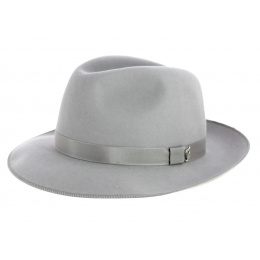 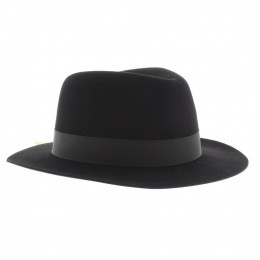 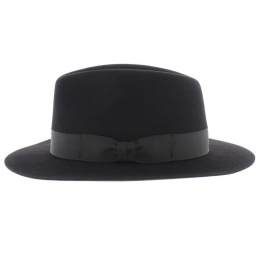 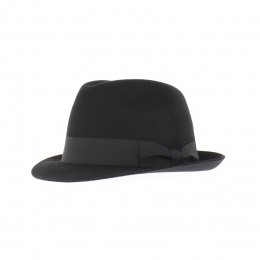 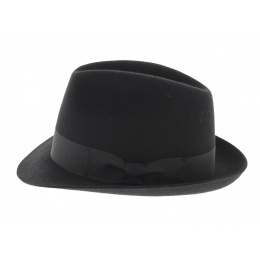 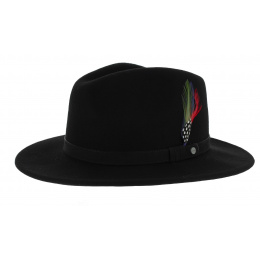 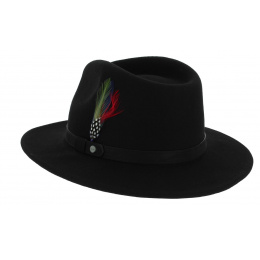