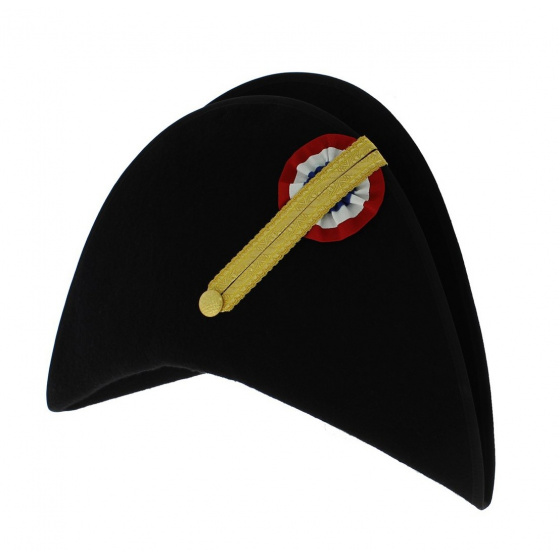 A prestigious headgear made in France with quality workmanship. Typical hat of the 1st Empire, it imposes as much by its shape as by its elegance

Bicorne NAPOLEON 100% wool French manufacture. Bicornuate. The basic hat of the Napoleon hat is Bicornuate NAPOLEON also called hat police chief of the revolution. The hat is fabricqué out of wool felt. Manufacture is French. Hat with the flat rims in front of and derrier. The bicornuate E a dimension of 55 cm with a 23 cm height.

Hat: mean moreover with the Middle Ages and until the beginning of the 16th century crowns flowers

The French revolution adopts the hat with two horns. Indeed, during the war of the revolution, the French infantry substitutes the hat for three horns by the bicornuate one which it carries not like prescribes it the ordinance but one of her large horns ahead. This has the advantage of facilitating the handling of the weapon.

The hat is out of felt (pressed wool fabric). On the left higher edge, a ganse in galon is bent and fixed in bottom by a button of uniform with the figure of the regiment. The ganse maintains a rosette surmounted by a plumet, pompom or carrot, which are of red color for pomegranates.

The appearance of the hat and its port vary according to time and the fashion. However, it seems that the soldier the met generally battles about it i.e. transversely, unlike the officers who carry it in column.

Its service ends in the army in 1806, when one replaces it by the schako or the bearskin. Only the staff, the administration, the Generals, the marshals and the officers who are not service continue to carry it

The rosette was a small folded fabric band which put on under the ganse hat. One drew aside the folds on the edges, which gave him the aspect of a butterfly. By drawing aside the folds more, it became circular; it is the form which one definitively gave him. One did it in basin, fabric of hair of goat, and for the shakos of the soldiers, out of leather or tinplate; in this case, one indicated the folds by grooves in the direction of the rays.

White until 1790 and during the Restoration, it was tricolour under the Republic, the Empire, and the Monarchy of July, with various provisions for the colors.

On an advertisement of setting on sale of the national rosette, accepted by Mr. me marquis de Lafayette on December 17, 1789, one reads that its relief is white on blue bottom surrounded by red.

One finds under the republic the rosette presenting a blue disc surrounded by a white zone on which a thin red ring is.

Under the Empire, the Minister recalls the chiefs of body that the rosette should not cease having blue in the center and the white with the circumference, the red between the two. Also in 1814, it A is enough to hide the center by a white part so that the rosette appeared entirely white; in 1815, with the return of the Emperor, the removal of this part restored the tricolour rosette immediately.

The diameter of the rosettes at summer in millimetres:

State of dimensions following the decree of the Consuls of the Republic of Thermidor 9 year VIII, (July 27, 1799). 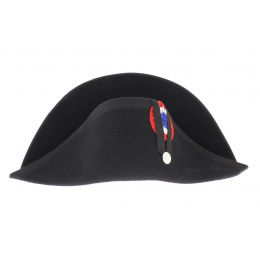 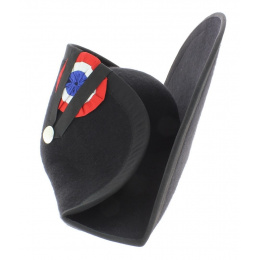 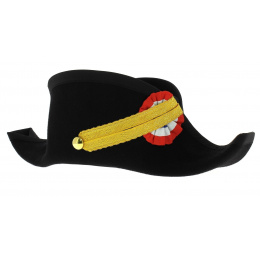 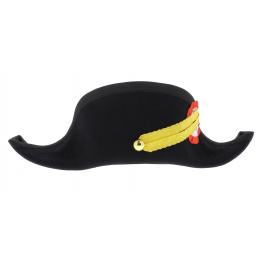 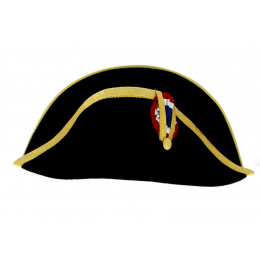 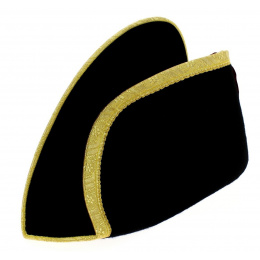 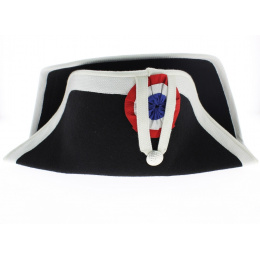 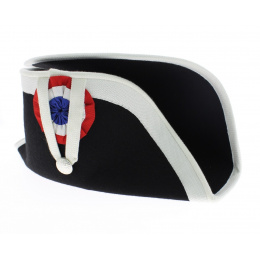